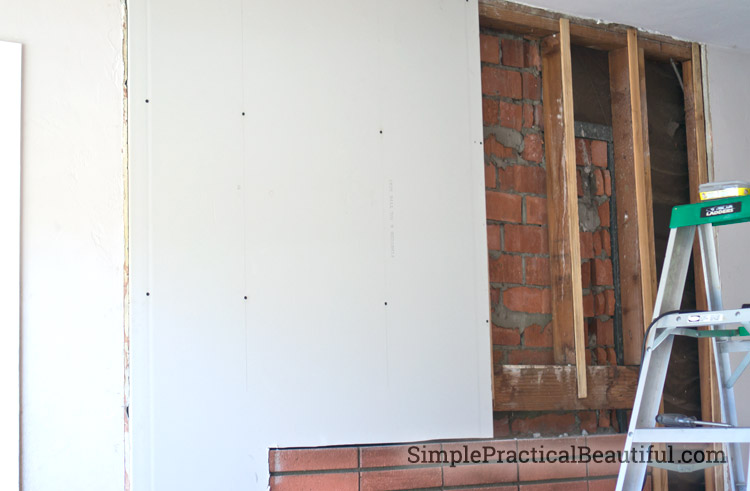 We put up dry wall, mudded the seams, added texture, and painted our wall to make a beautiful new wall in our home. It’s work, but a great DIY project for any homeowner.

This is the second post showing how we replaced wood paneling on our wall with dry wall. This post tells how we put up the dry wall, mudded, textured, and painted. If you’d like to read about removing the wood panels and preparing the wall for dry wall, take a look at part 1: How to Replace Wood Paneling with Dry Wall.

Measure and Cut the Dry Wall

Our space was eight feet wide by eight feet tall.  Perfect for two sheets of dry wall to fit exactly. However, we had to cut away part the fireplace. We also had to use 5/8-inch dry wall, instead of the normal 1/2-inch thick dry wall, so it would be safe around the fireplace. 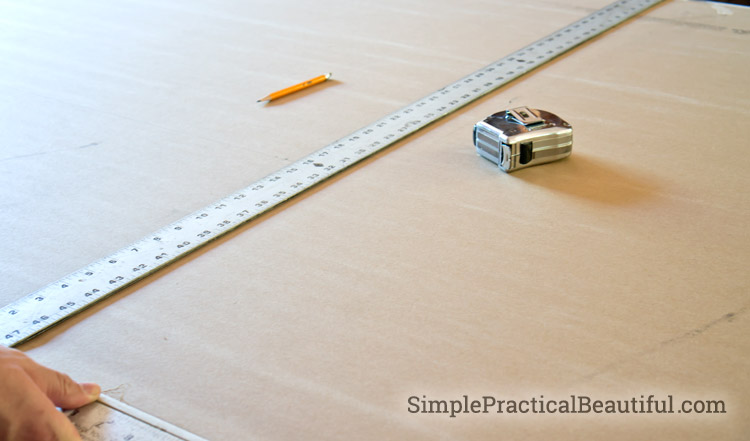 As always, measure twice and cut once. We had to measure several times. I’m not sure if the wall was not quite straight or the dry wall sheet. Probably both. Either way, we did a lot of measuring and readjusting. A large ruler or square really helps to make long, straight cutting lines. 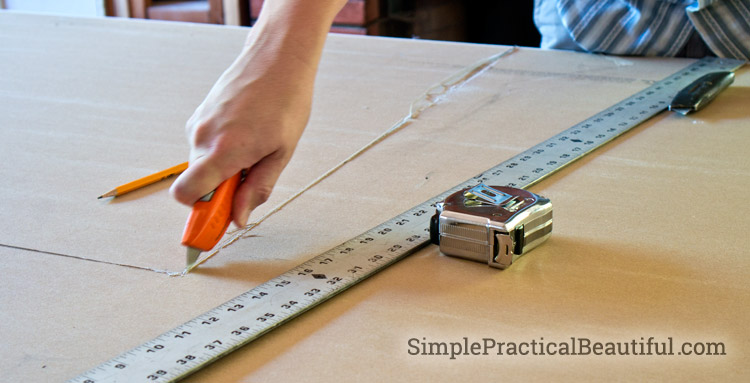 Once the cut lines were marked, we scored the dry wall with a box cutter several times. With the paper cut and the gypsum between the sheets score, the dry wall breaks easily along the score lines. It makes a nice even break without needing to cut all the way through.

Normally you would hang dry wall vertically, with a sheet along the ceiling and a second sheet below it along the floor. However, we wanted the fewest seams possible, so we hung the sheets side by side with a smaller seam in the middle above the fireplace. 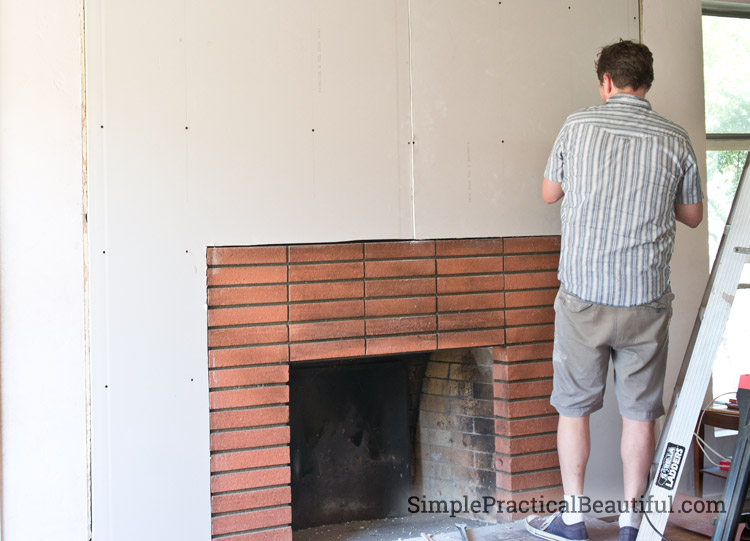 Mudding is really messy. Dust and drops of mudding get everywhere. So we protected our fireplace with newspaper and covered the wood floor with a large roll of paper. A plastic drop cloth would work too. 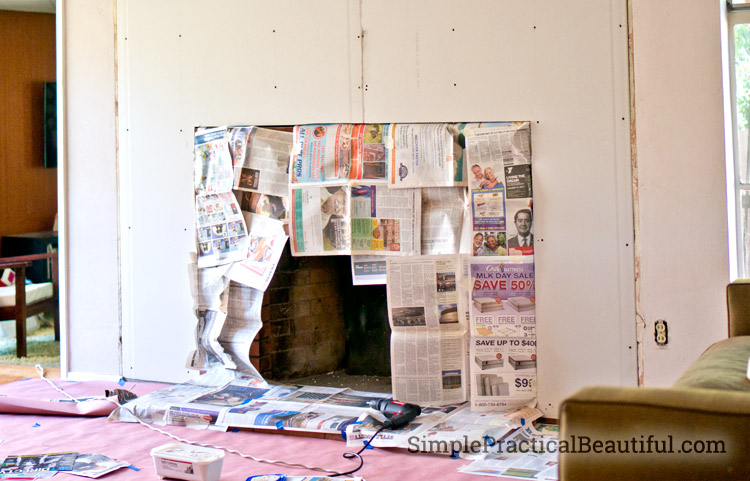 First we patched all of the screws with a little mudding to make them flush with the wall. When we put in the screws, we made them indent a little into the dry wall so they could easily be covered. 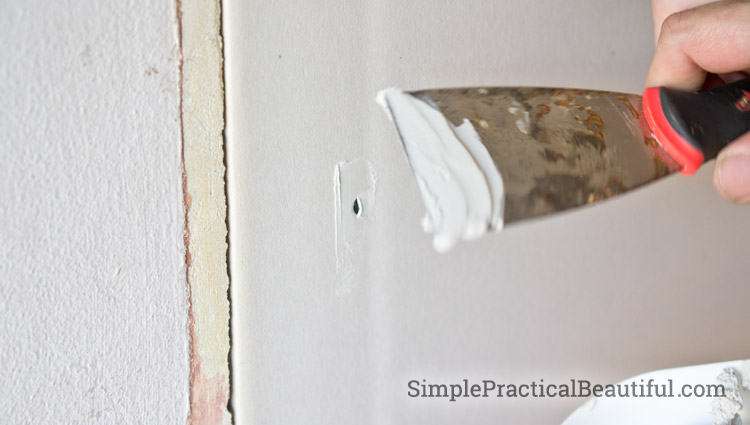 Then we added mudding to the seams of the dry wall and along the ceiling. The center seam between the two sheets of dry wall was not too hard. Making the mudding flush between the old plaster wall and the new dry wall was a little trickier. 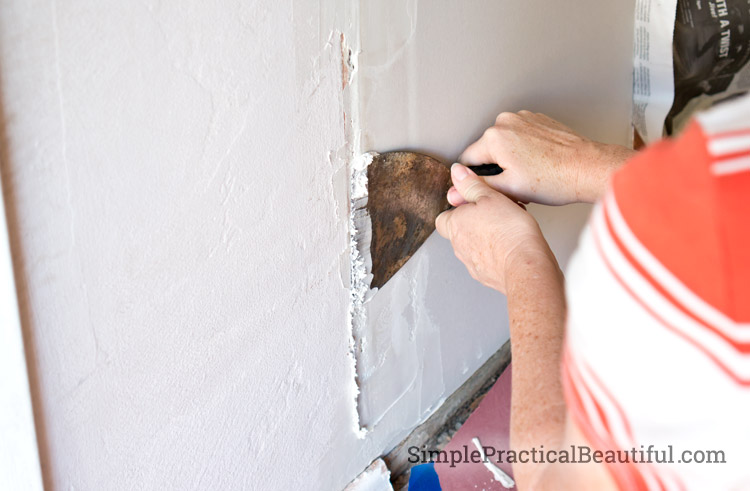 While the mudding was still wet, we pressed paper tape into the mudding along those seams to seal the joints. It’s important to note that there are two types of dry wall tape: paper and mesh. Paper was cheaper  (and I don’t think it was much harder), but most of the videos and information we found online use the mesh tape. With paper tape, you apply mudding, then press in the tape, and let everything dry. With mesh tape, you apply mudding, press in the tape, then apply another coat of mudding. We made the mistake of applying another coat of mudding on top of paper tape while it was still wet on one of our seams. We had to redo the whole seam. 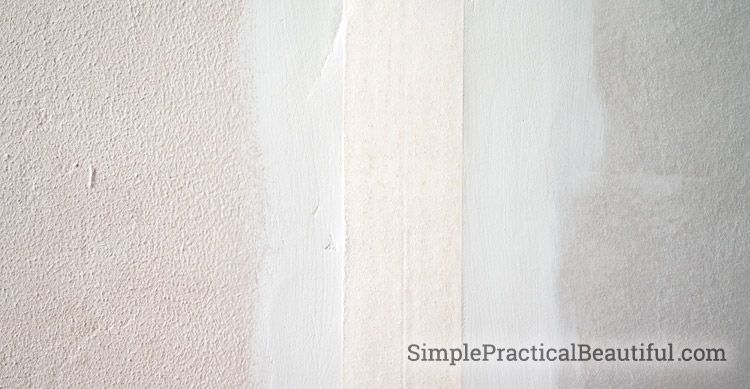 Once the mudding is dry, we sanded the screw patches and mudding, especially along the edges. It’s better to sand down too much mudding than too little. You can always add more mudding, but you don’t want any strange bumps or lines. Just a warning, this is where the biggest mess happens. Sanding dust got everywhere. Even into our bedrooms. 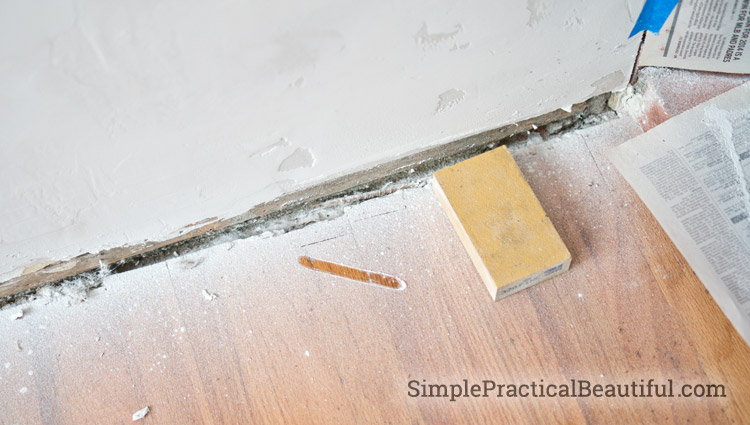 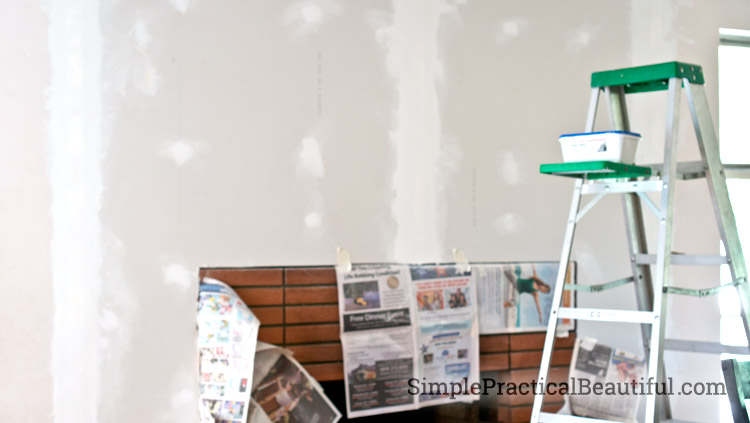 With the mudding applied and smooth, our wall needed texture to match the other walls in the room. In a newer home, that would be as easy as spraying orange peel texture on the walls (it comes in an aerosol can). However, our 60-year-old plaster walls did not have orange peel texture, so it took some trial and error to create a texture that matched.

I used the same tub of mudding we used on the seams to create the texture. I just set aside a couple of hours in the middle of the day to play around with it. Actually, I really enjoyed this part, maybe because it was so messy. I’m good at making messes. I used the largest dry wall knife we had to apply and scrape and smooth the mudding around until it looked similar to our other walls. 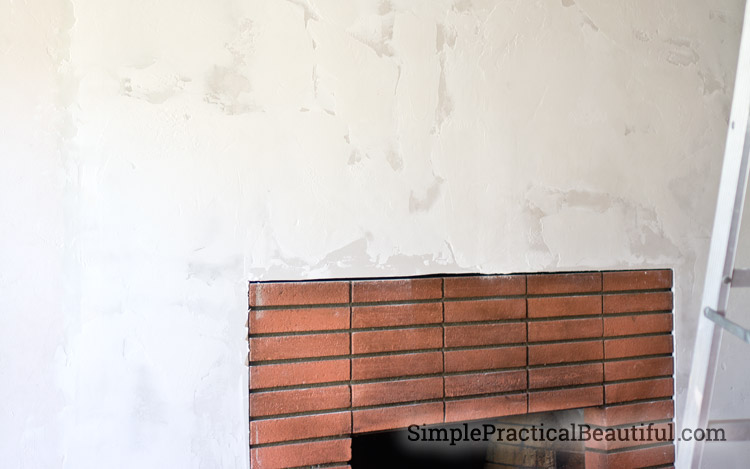 Our old walls also had a second layer of smaller texture that took me a while to figure out. After all the mudding was dry, I went back over the wall with plaster of paris in a very watery solution and applied it with a wet sponge to add small bumps all over the wall. You can see in the picture below that it’s close but not exactly the same. The left side is the new texture, the right side is the original plaster. But you have to be less than a foot away to see the difference.

Painting the walls made the new wall look the same as the old walls and brought the whole room together.  We tried out several different shades of white to find one that looked good in our room. We decided on white pepper by Behr. I’m thinking of writing a whole post on choosing white paint because it was more of a processes than choosing a darker color. 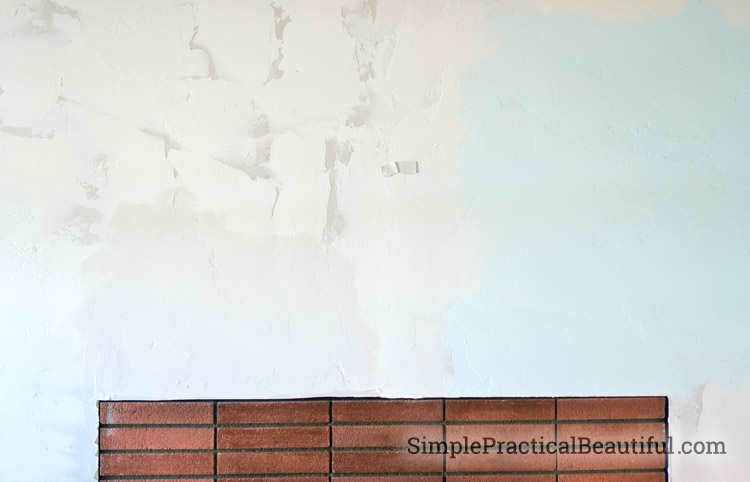 Painting the wall is probably the simplest step, but also the most rewarding. The space looks finished and the room looks bigger. We still need to build a mantle, and I’m hoping to have that done by Christmas. 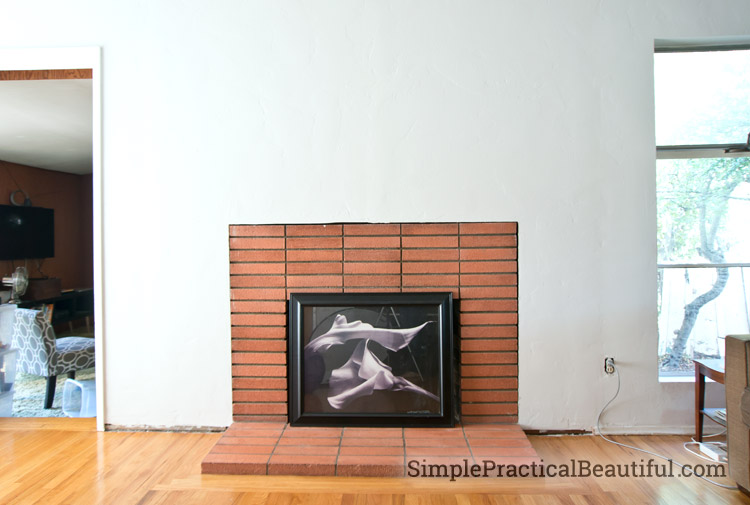 We also want need to add something onto the wall above the fireplace. But for now, I’m just enjoying a clean, white slate. It’s so full of possibilities. And so much better than the ugly painted wood paneling that used to be there. Replacing the wood panels with dry wall took some work, but it was a good DIY project and definitely worth the work. 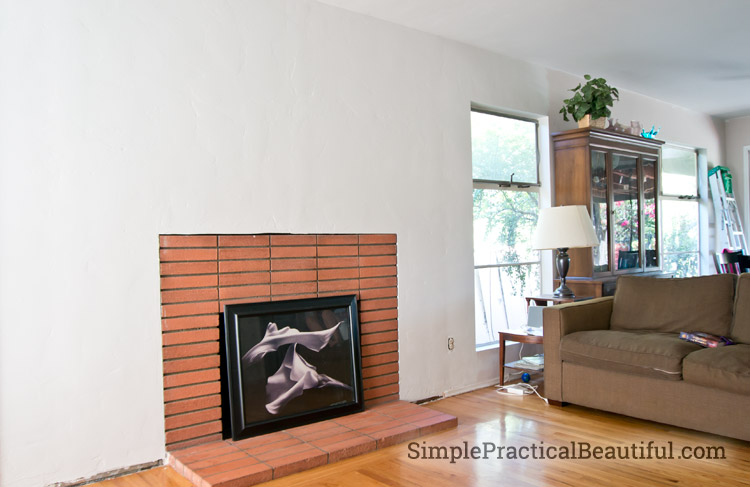