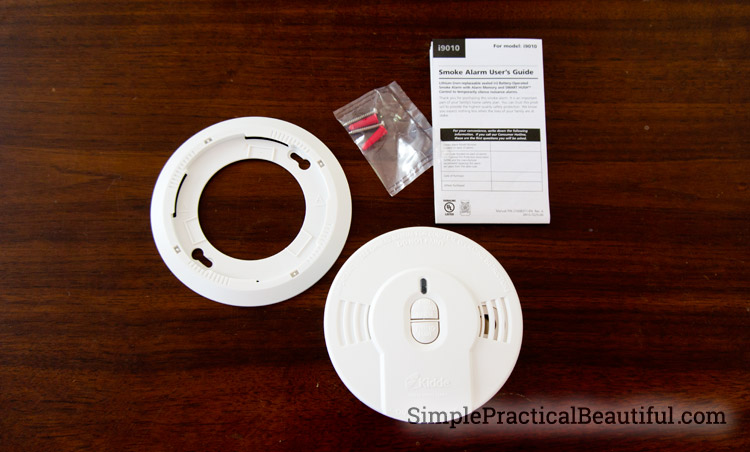 How to Install a Smoke Alarm: It’s so easy!

I think our old smoke alarm might have been original to our 1950’s house. It was pretty bad. The alarm sounded almost every time I would use the stove. I don’t think I’m an awful cook, but halfway through preparing dinner each night, the alarm would sound, so I would go wave the dish towel at it till it stopped. For a little while. I tried replacing the battery, but that didn’t help. 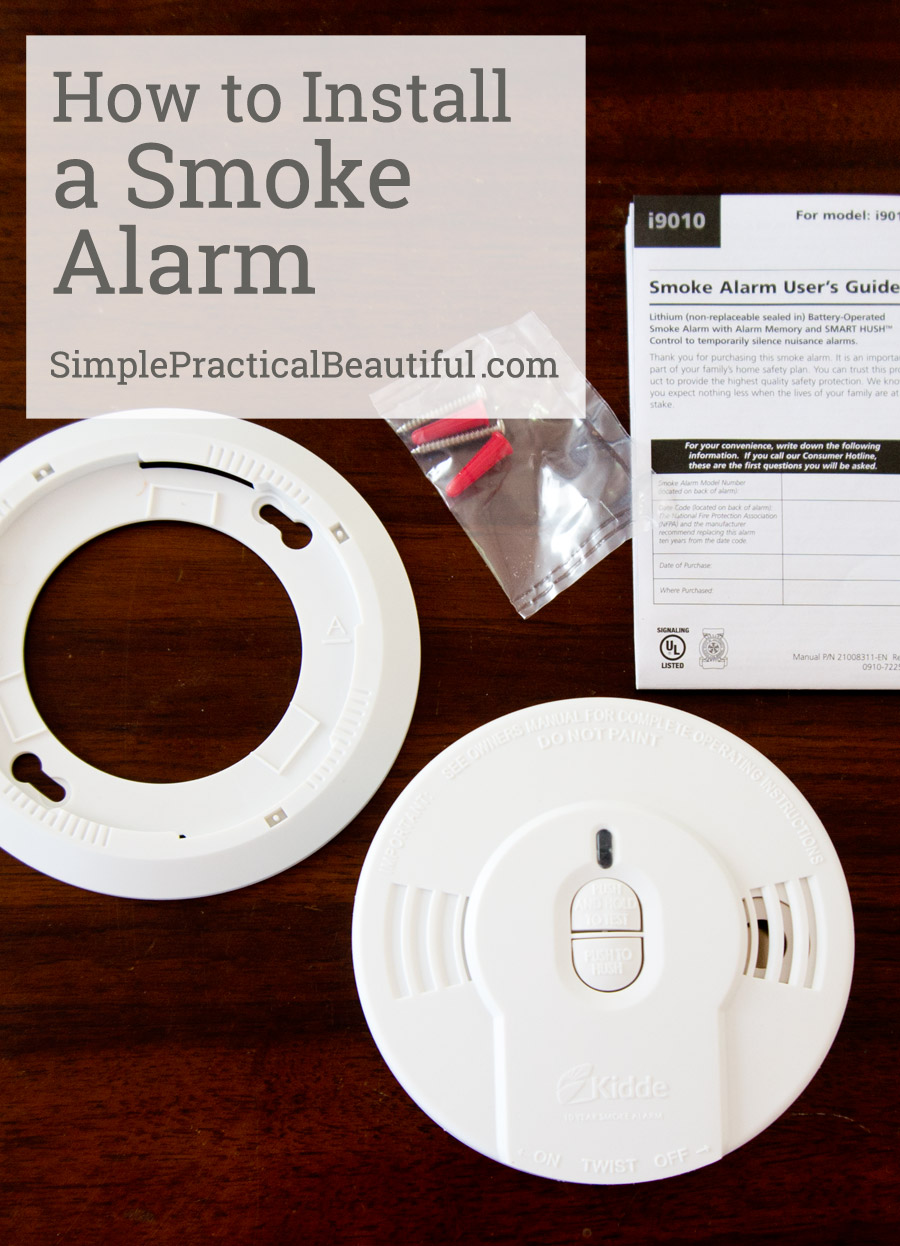 If I had known how easy it was to replace the whole smoke detector, I would have done it when we first moved into the house.

For some reason, I always thought all smoke detectors were hardwired to a home’s electrical system, which would mean shutting off the power and dealing with electrical cords. Some are, but most require a battery, which means no hardwiring and no electrical experience needed. 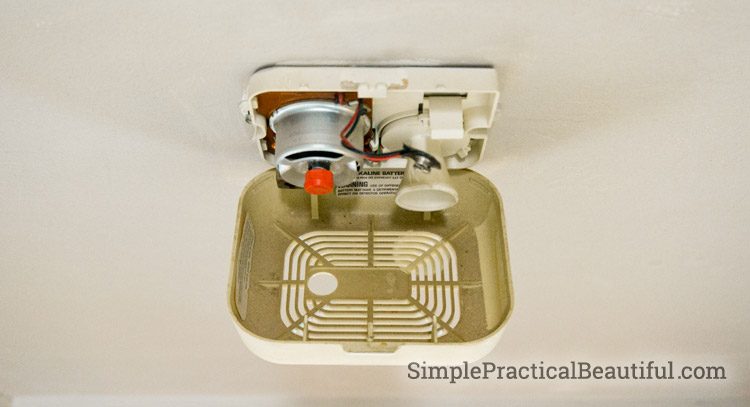 I opened up the cover, just like changing the battery. I found the 2 screws that held it on to the ceiling, and removed those. That’s it! No more yellowing, faulty smoke detector. 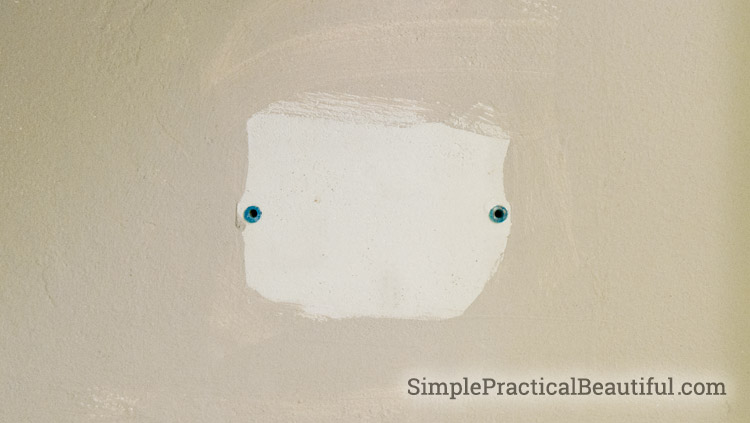 You may not need to, but I filled in the holes (wall anchors and all) with dry wall putty, and painted it to match the ceiling. With the old spot now covered, I could put my new smoke alarm wherever I wanted.

Step 2: Mark where you want the new smoke alarm to go

The old smoke alarm was not centered on the hallway ceiling, which always bugged me. I put the new smoke alarm near where the old one had been, but I centered it. Exactly. No more sacrificing aesthetics and symmetry in the name of safety. 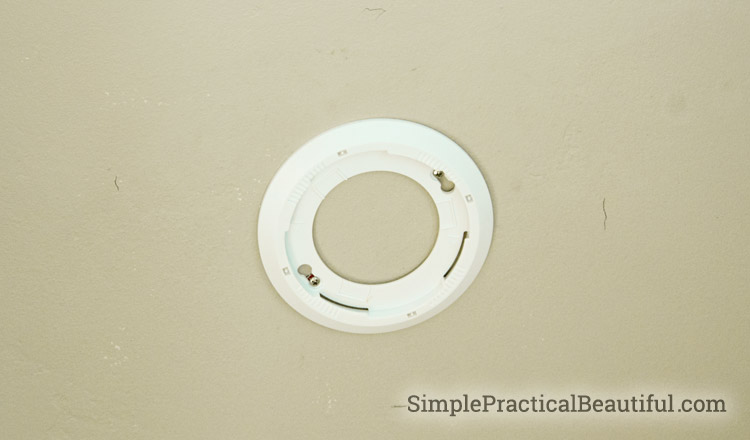 I measured the distance from each wall, then held up the mounting bracket and marked where the screws needed to go.

Step 3: Attach the smoke detector to the ceiling 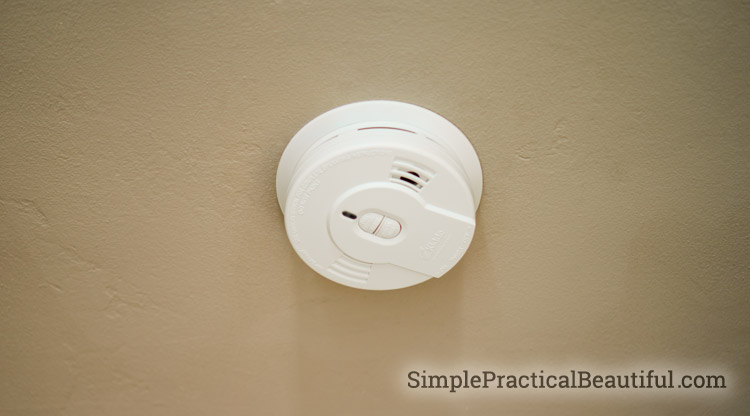 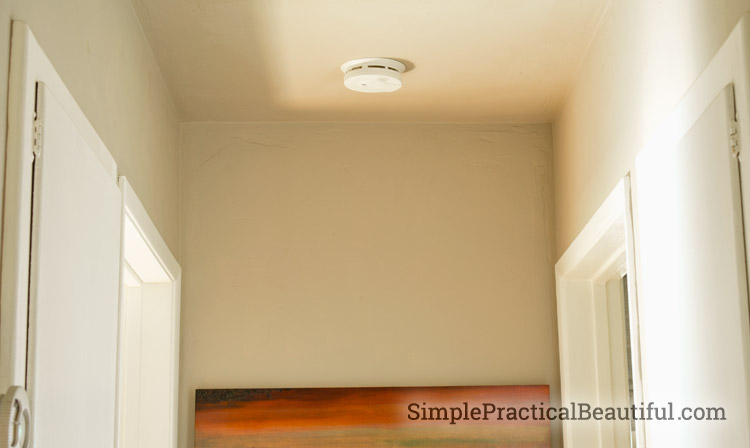 Last, I pressed to test button to make sure it was working, and it was.

That’s it. As my kids say: easy peasy lemon squeezy. 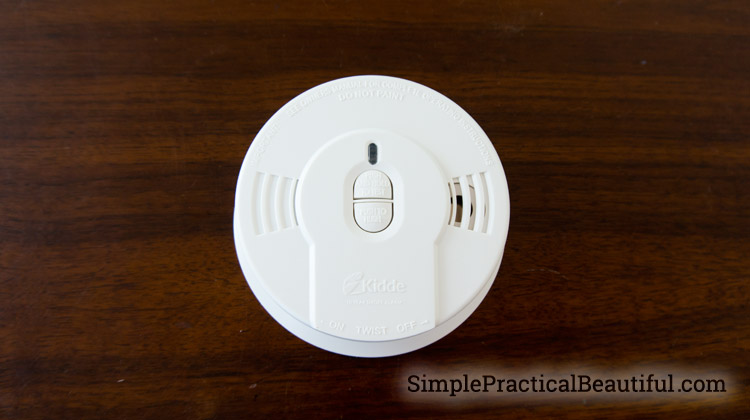 Plus, the smoke alarm I installed is a Lithium battery-operated Smoke Alarm with Alarm Memory and Smart Hush Control. It comes with a battery guaranteed to last for 10 years, so no annual changing of the batteries. And we won’t be woken up at 2 a.m. by a low battery alarm from this smoke alarm. Twice a year, we will just press the test button and be reassured that it’s still functioning correctly.

The Smart Hush control means that whenever my cooking does get out of control and sets off the alarm, it’s easier than waving a towel to turn off the accidental alarm. I just push a button.

I’m now thinking of other places in our home where a smoke alarm should be. It’s so easy to install one that there’s no reason not to be safely prepared.

This post was shared on a few of my favorite link parties.