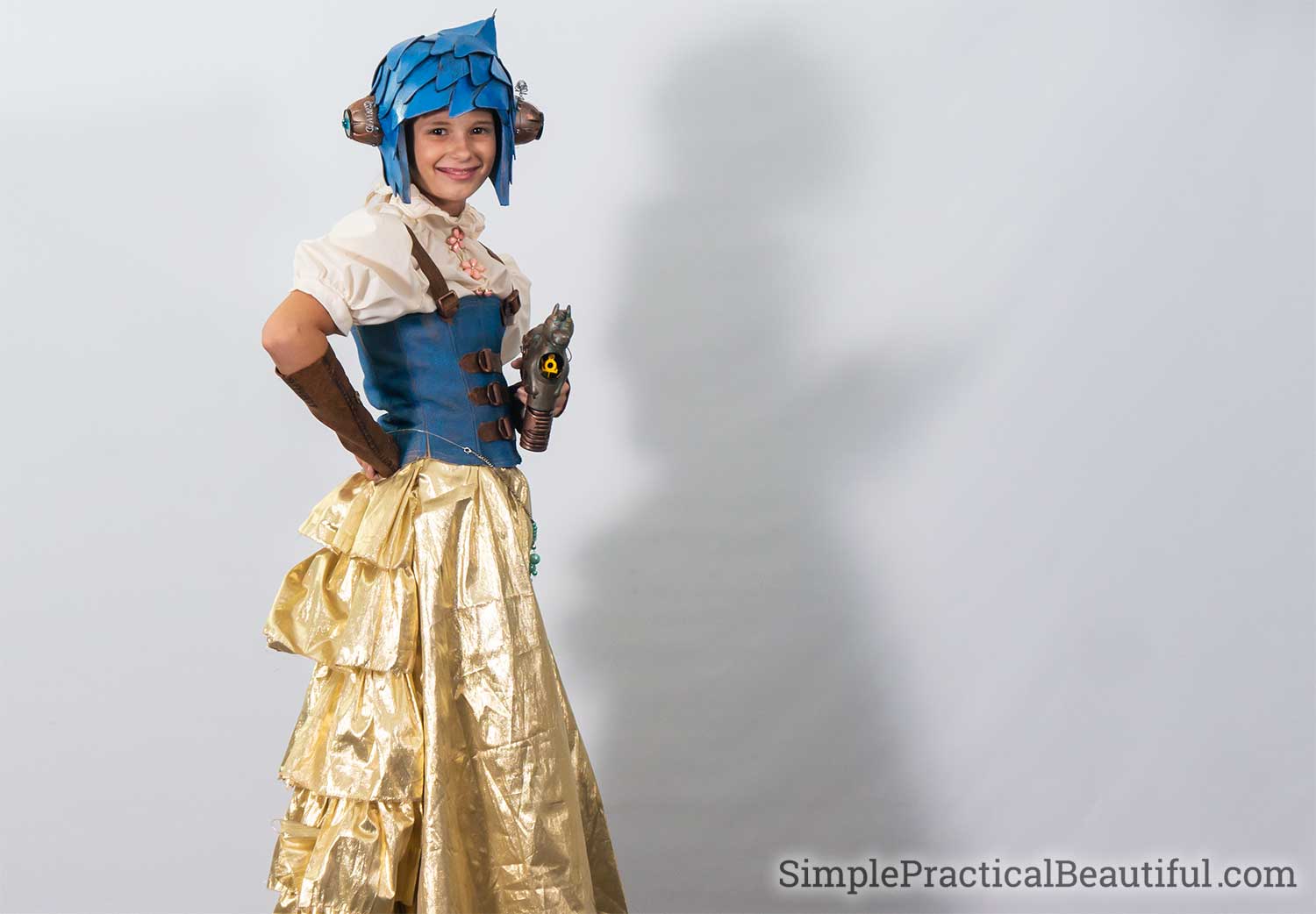 How to Steampunk a Costume

What is steampunk? How to make a steampunk costume inspired by your favorite character. In other words, how to steampunk something.

How to Take a Character and Steampunk Them

This year for Halloween my family decided to dress up as the emotions from Disney Pixar’s Inside Out. There are 5 different emotions that fit the makeup of my family (3 girls and 2 boys). Since so many people have done these costumes before,  we decided to take a new spin on the theme. We Steampunked Inside Out. 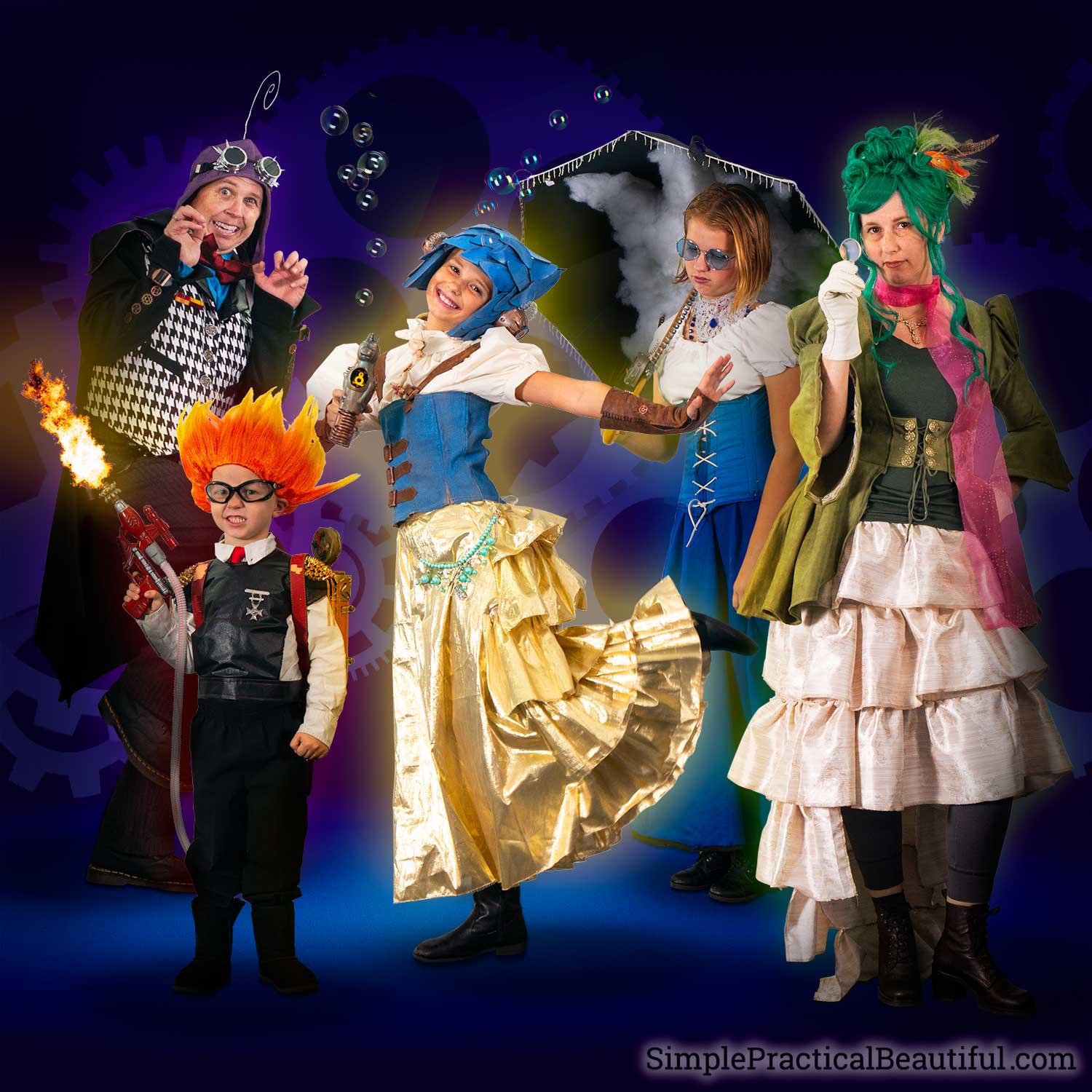 So now that I’ve used “steampunk” as both an action and a description, what is steampunk? Steampunk is a subgenre of science fiction that uses technology and designs inspired by 19th-century industrial steam-powered machinery and the Victorian era. I like this description of steampunk: “What the past would look like if the future had happened sooner.” 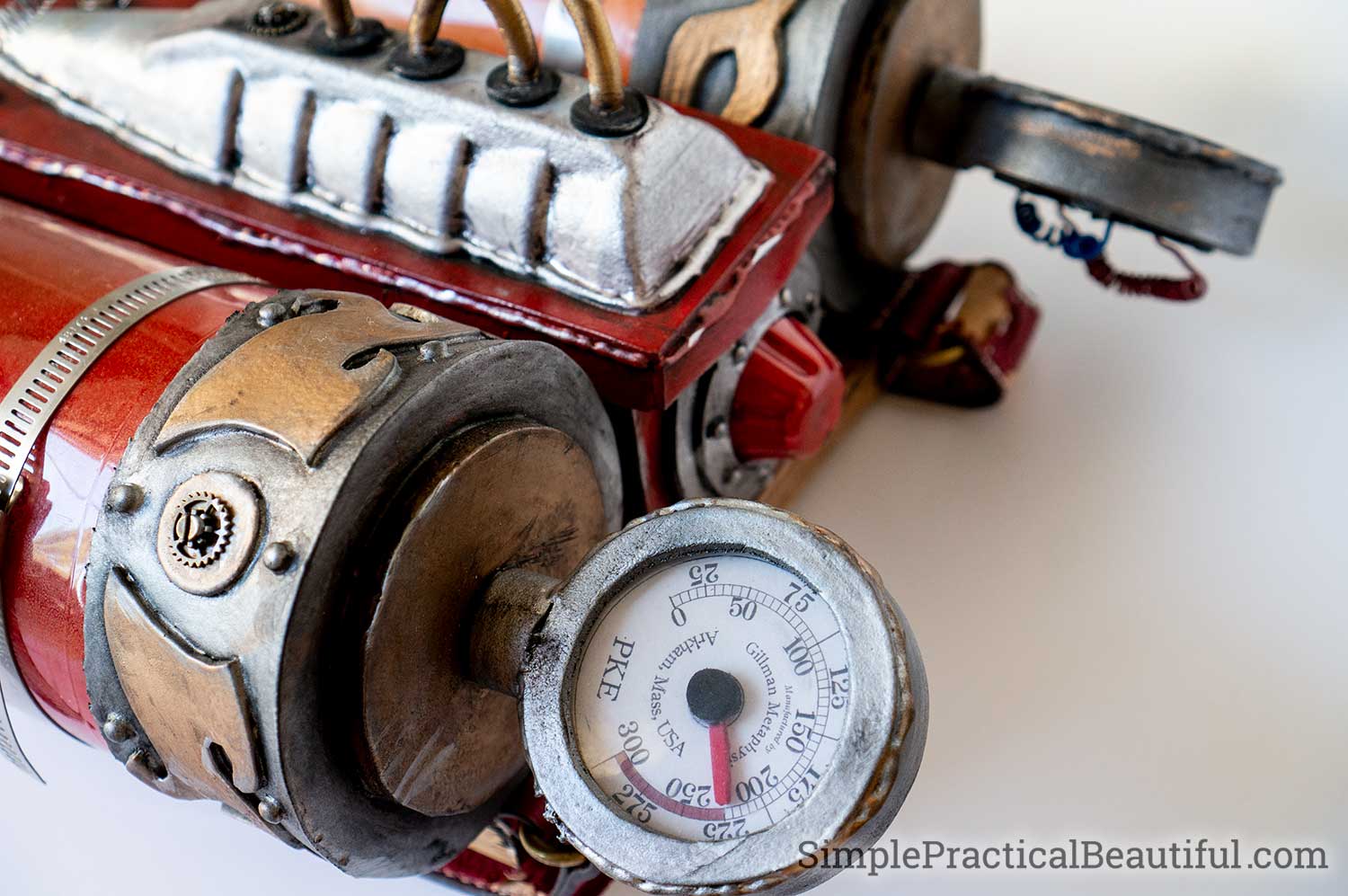 The clothing of steampunk is usually the style of Victorian Era ladies and gentlemen. With things like bustles, corsets, gowns, and petticoats for women and suits with waistcoats, coats, top hats and bowler hats, tailcoats, and spats for men. Or you can go with military-inspired outfits. Steampunk outfits usually have several technological and Victorian accessories, like timepieces, parasols, flying/driving goggles, and ray guns. Modern accessories like cell phones or music players can be used in steampunk outfits if they are made to look like Victorian-era objects. 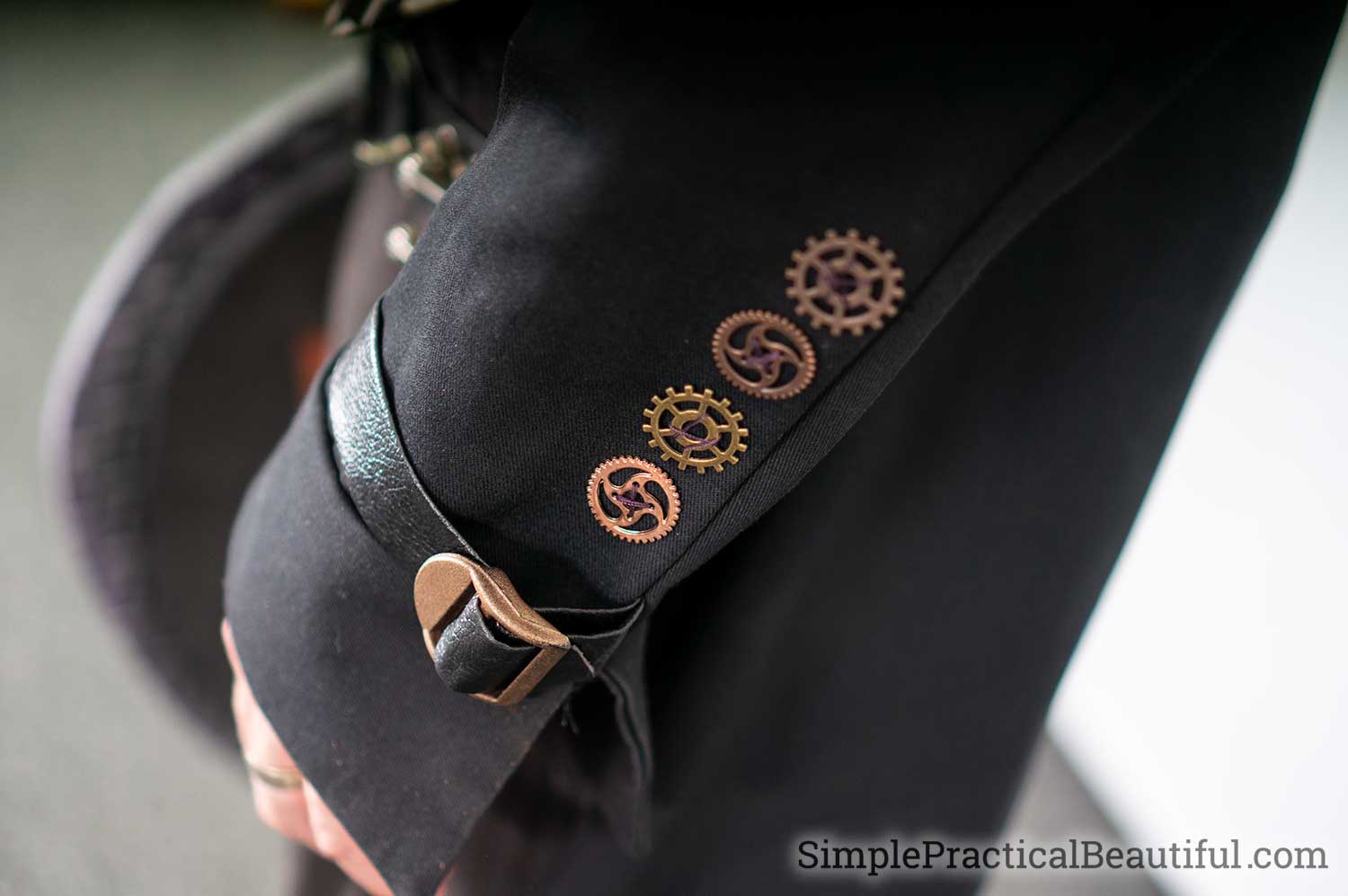 Steps to Steampunk a Character

Base It On the Character

Look at image references for your character and watch the movie. Break apart the character into colors and patterns used in their outfits. For example, in Inside Out Joy has blue hair and a gold/yellow simple dress. The dress has some turquoise starburst shapes.

Brainstorm ideas that the character embodies. Joy is very positive and literally glows in the movie. She loves to be happy and bright.

Think of costume ideas and accessories that reflect your character and concept ideas. With the ideas we brainstormed, we thought of things that bring people Joy. The idea of a happy song made us think of creating headphones for the costume. Blowing bubbles is something that spreads joy as the bubbles float away, so we needed some kind of bubble gun. 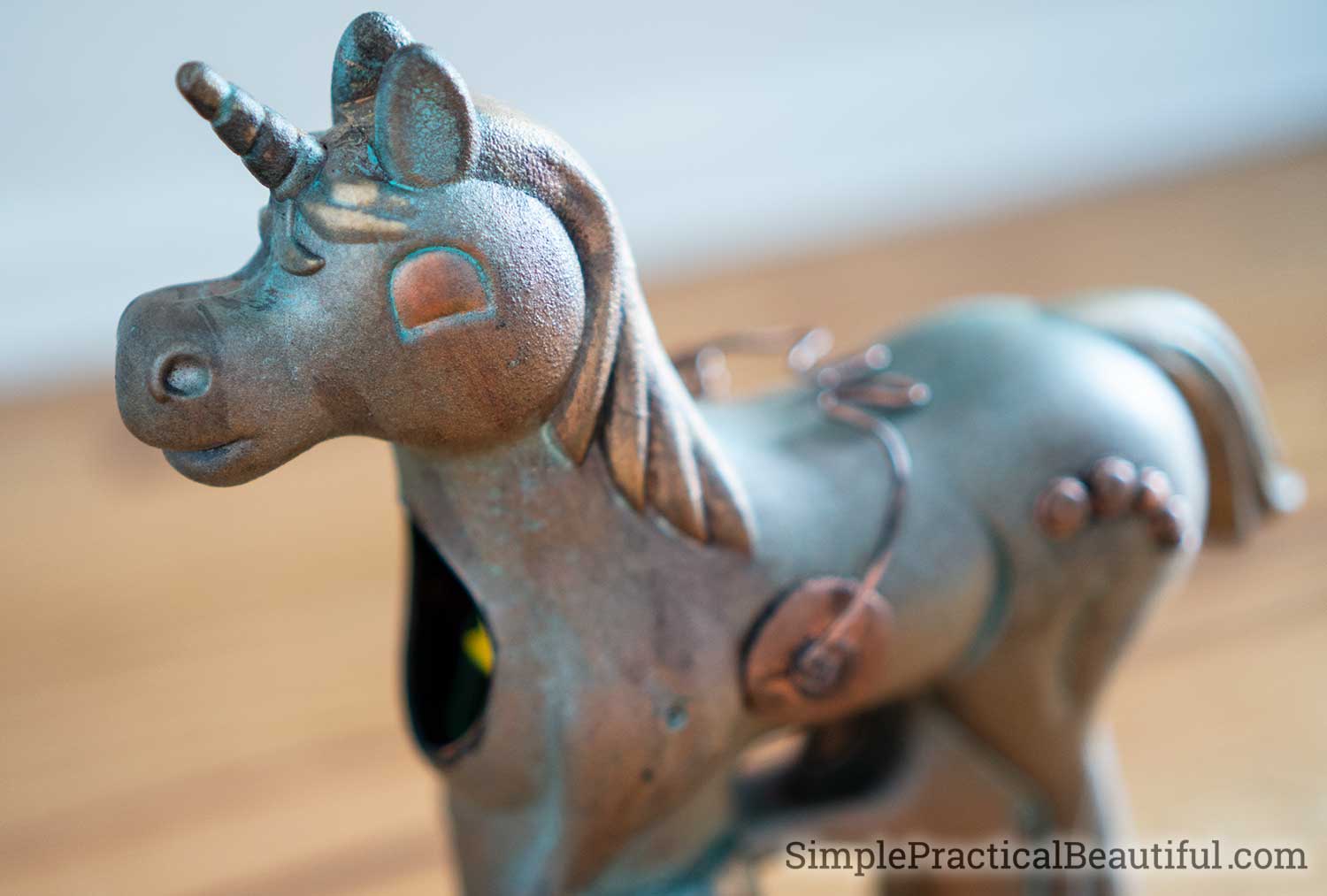 To make the costume glow like the character Joy, we could add LED copper wire battery lights under the ruffles of the costume. (We also really like to add lights to our kids’ Halloween costumes because it helps them to stand out while trick or treating at night.)

Create a Mood Board

Gather some images from Pinterest or Google Images to create a mood board of what you want your costume to look like. 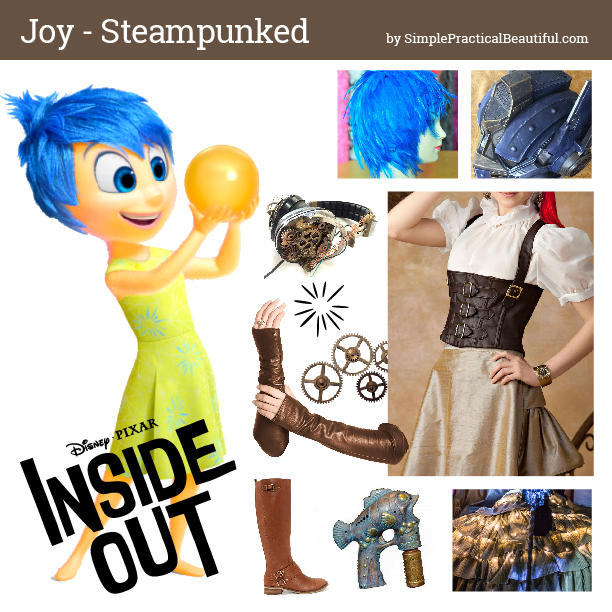 Once we had this mood board it became the road map for us to follow as we made the costume and its accessories.

You can see how my daughter’s Steampunk costume turned out. Some things changed, but overall it helped us have a vision of where we wanted her costume to end up. I’m going to post tutorials about how we created the different parts of her costume soon. 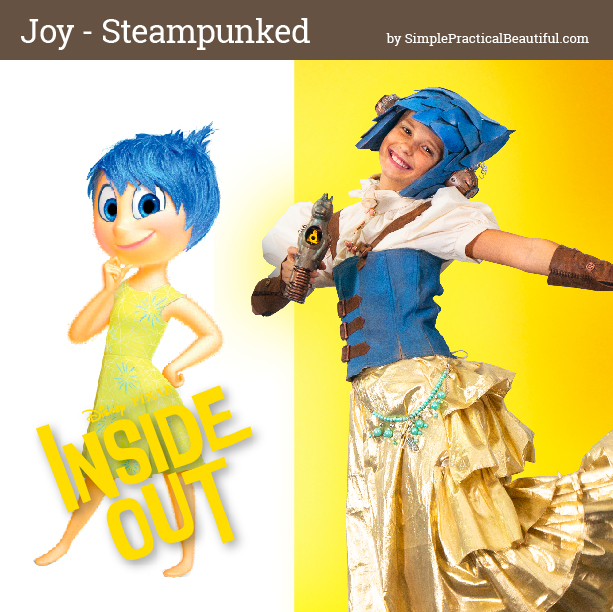 I applied the same ideas to create mood boards for the other characters of Inside Out. Here they are. 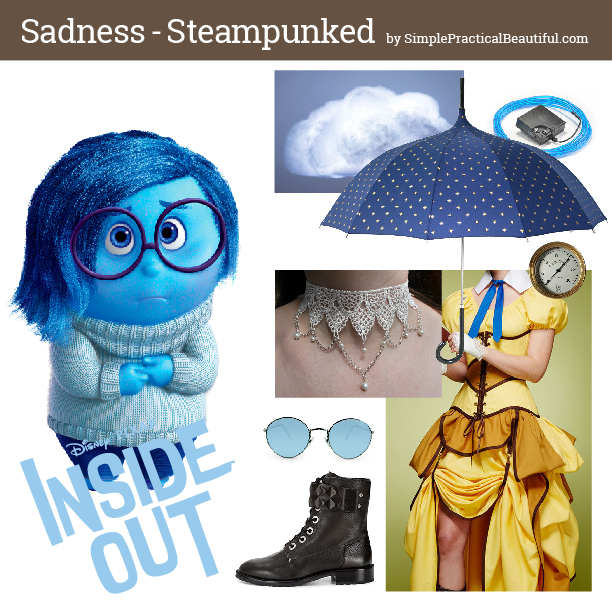 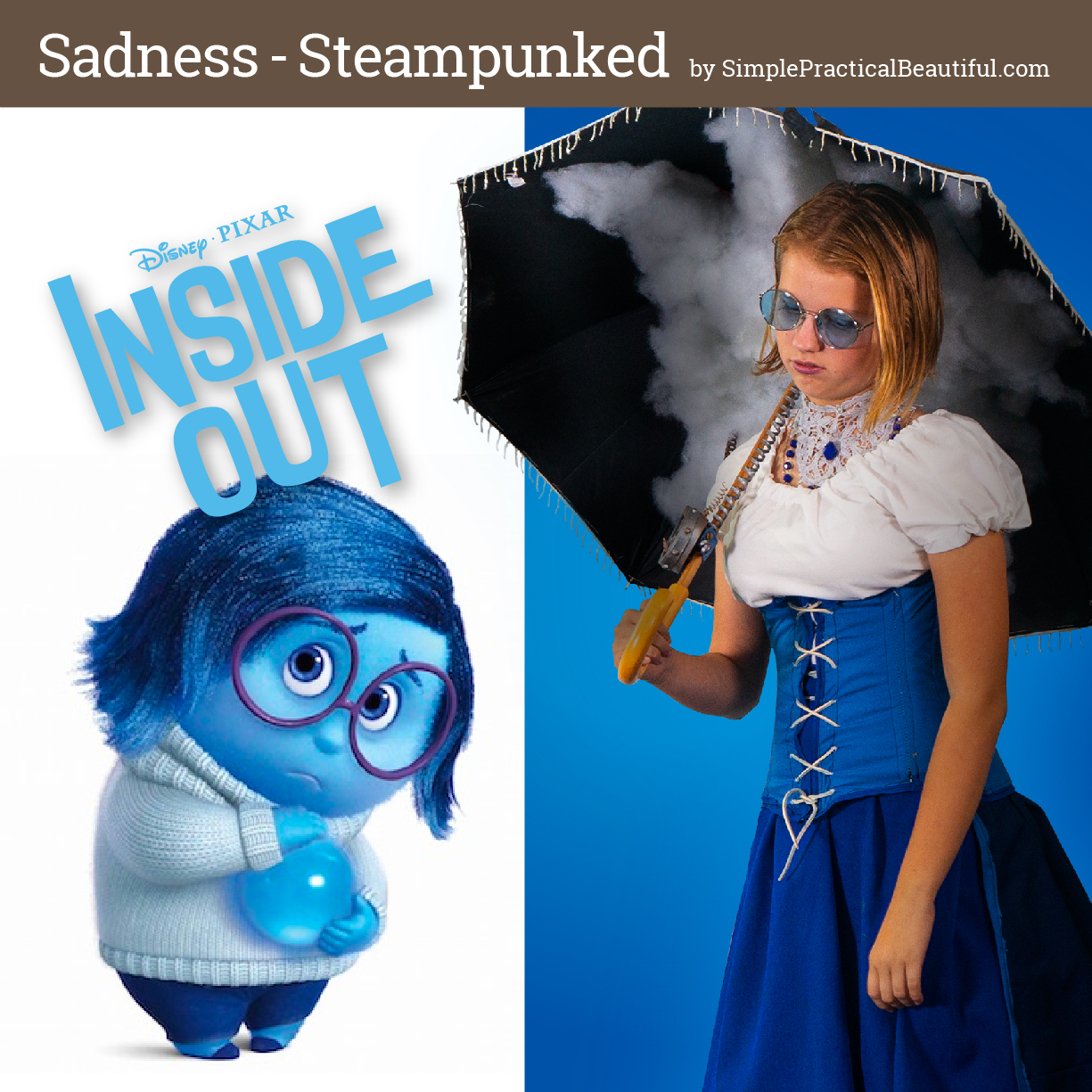 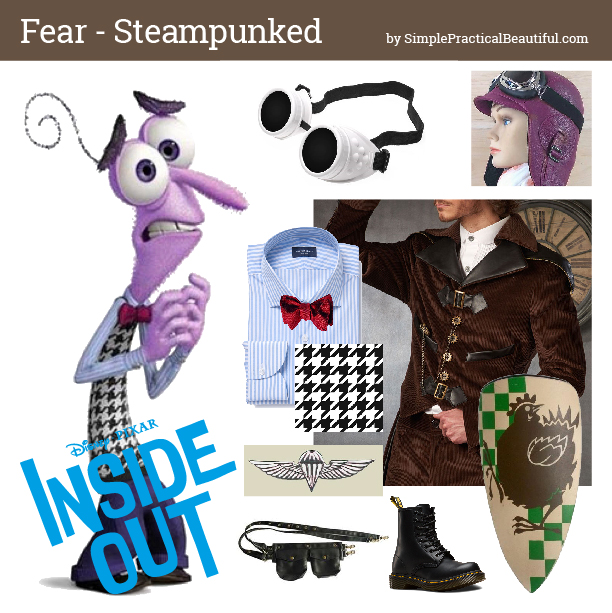 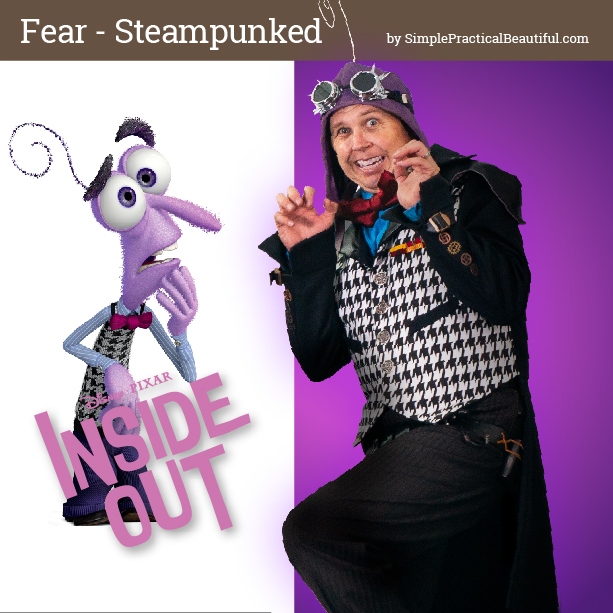 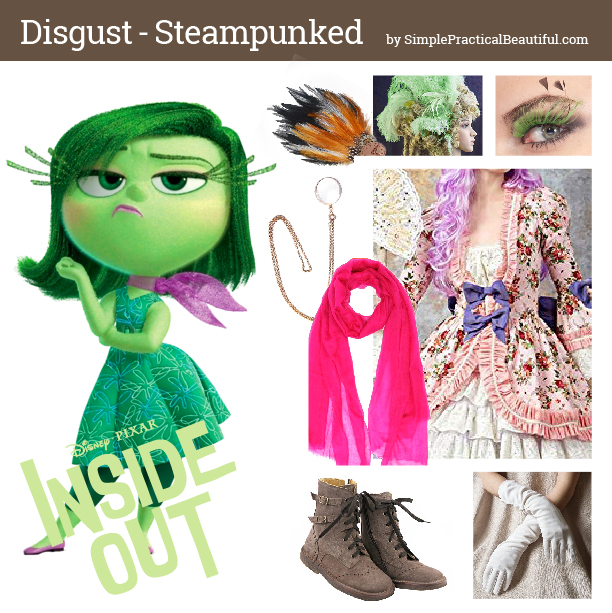 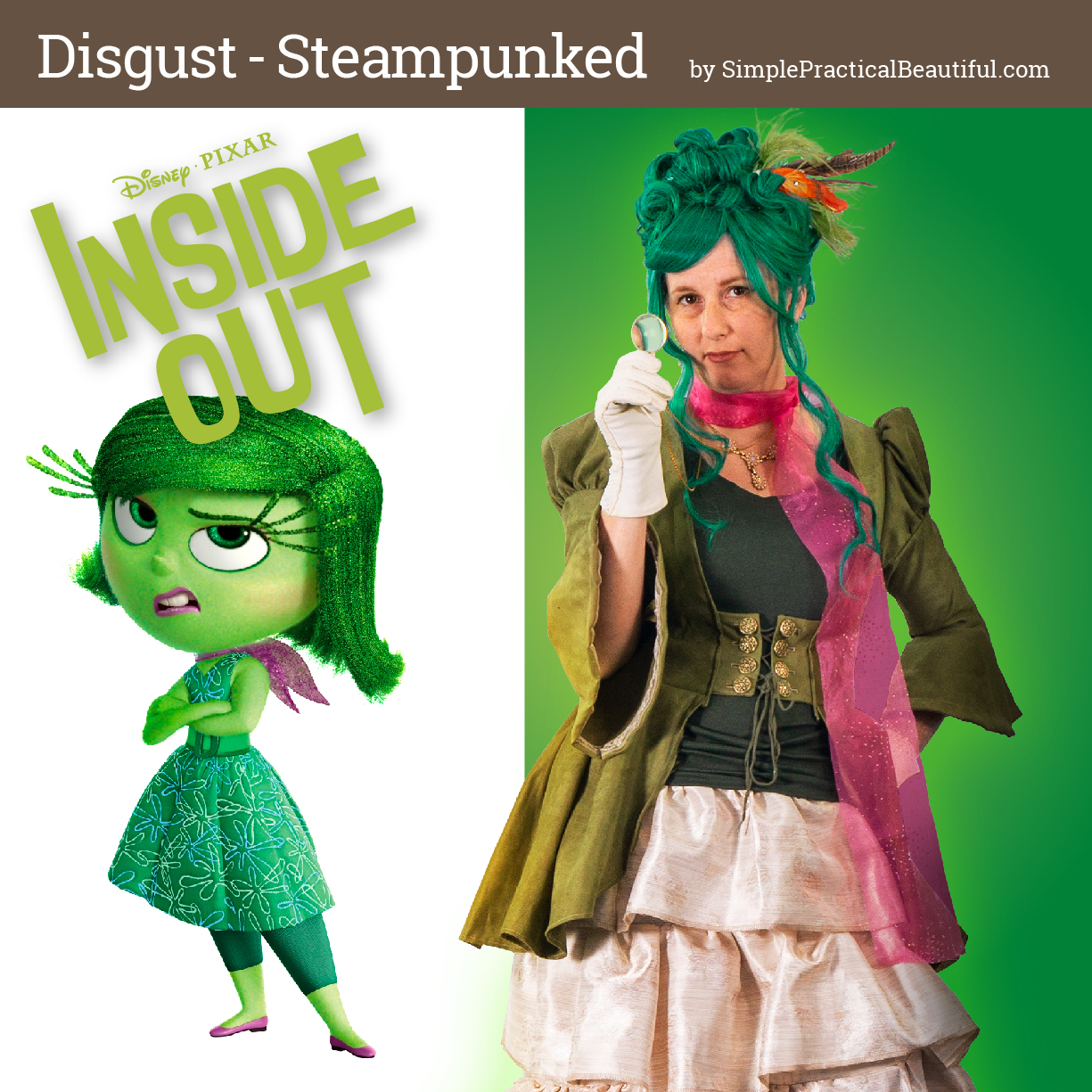 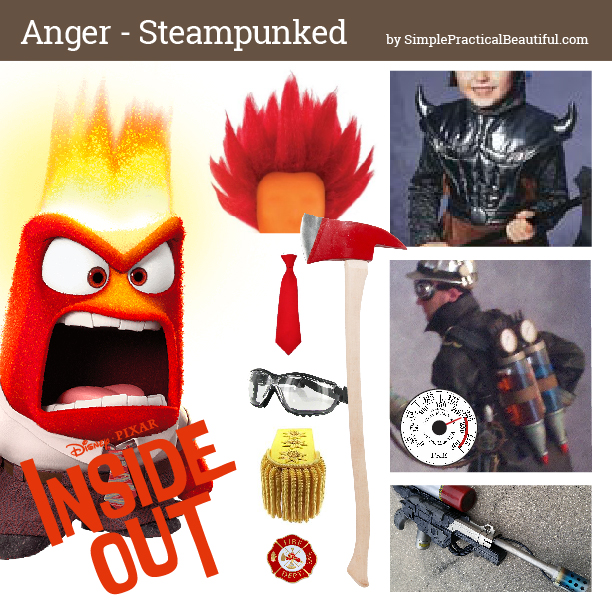 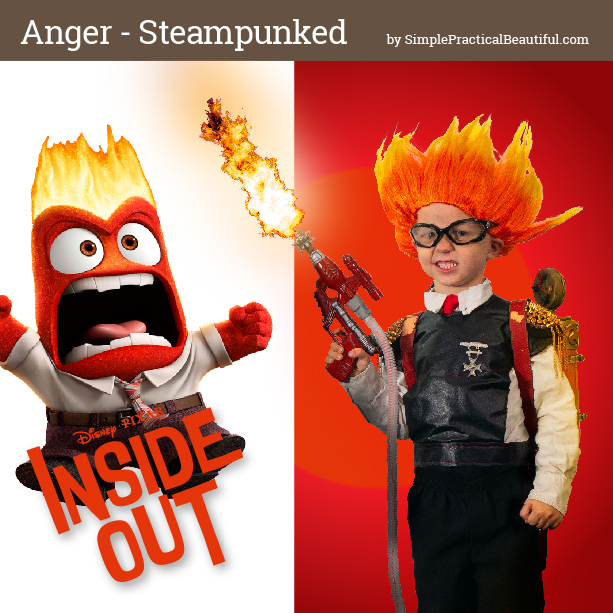 Each person ended up with something a little different because each family member has their own style. Steampunk-style really lets you personalize your costume and fit it to suit you and your personality. Plus, taking your favorite character and turning it into a Victorian ensemble with some cool accessories is a lot of fun.