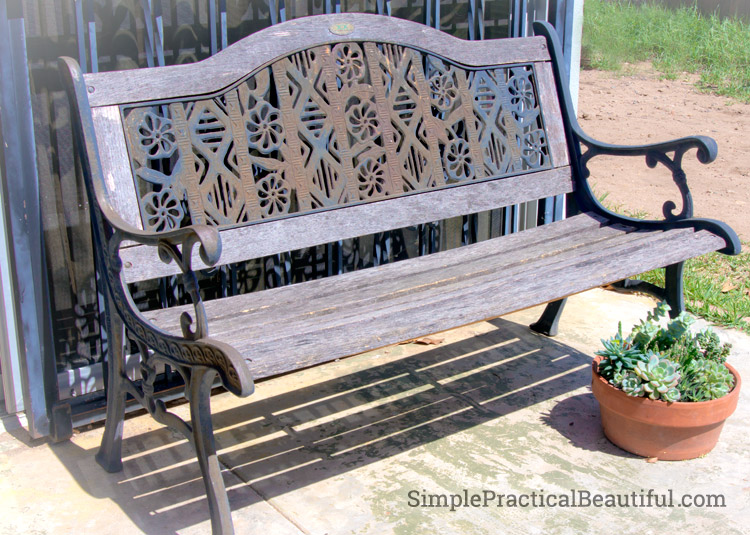 How to Reinforce an Old Park Bench

Today, I’m excited to share a project from my good friend, Marci. She and her husband rescued a very cool looking old park bench and made it useable. 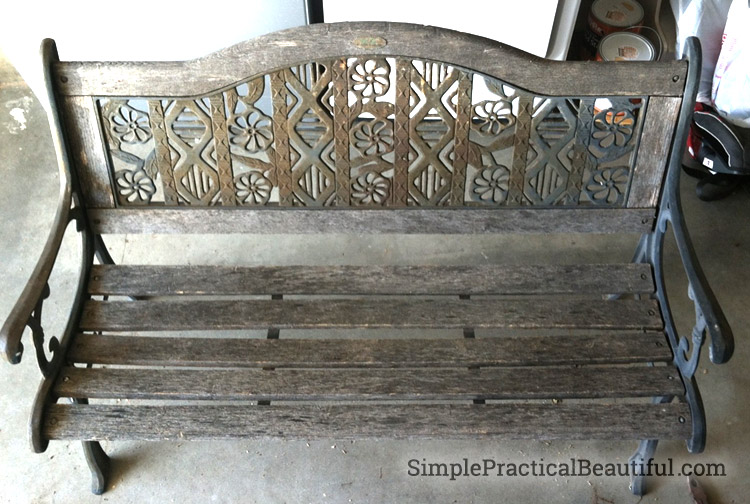 The bench has some beautiful wrought iron on the back and sides, but the wood was deteriorating so much that no one could sit on it. It was interesting to look at, but pretty useless and potentially dangerous, especially since she has three small kids. 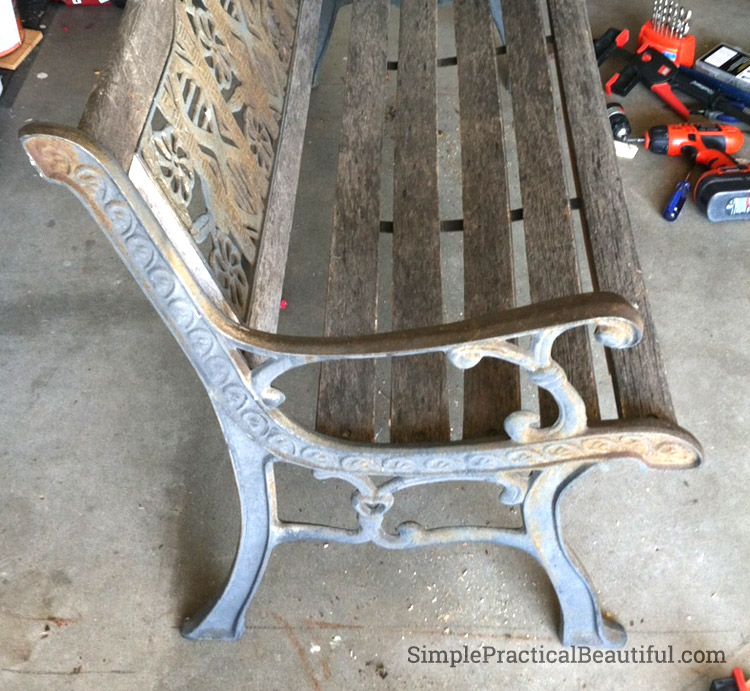 Deciding how to reinforce the wood slats on the seat took some creativity because they didn’t want to change the look of the bench or add new materials that clashed with the vintage look of the bench. Their solution was ingenious. 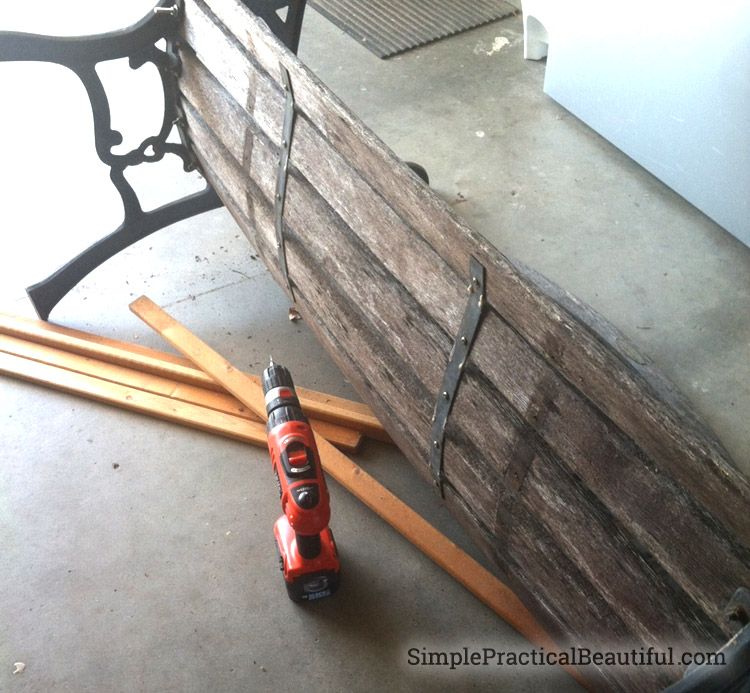 They bought some boards that were half as wide as the bench seat slats and cut them to be slightly shorter than the length of the bench slats. They used screws to attach the new wood underneath the bench. 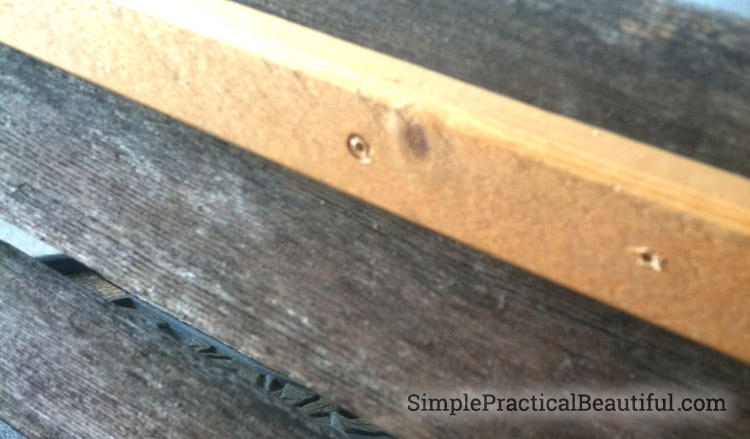 The new boards give strength and stability to the seat. In effect, the make a new seat for the bench, and the old boards are now mostly decorative. 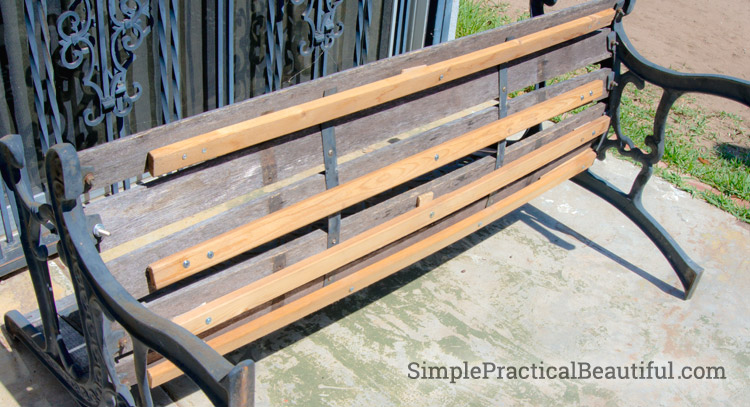 The one problem they ran into was that the screws they had were a little too long. After attaching the new boards to the bench, the screws poked out of the seat. Ouch. 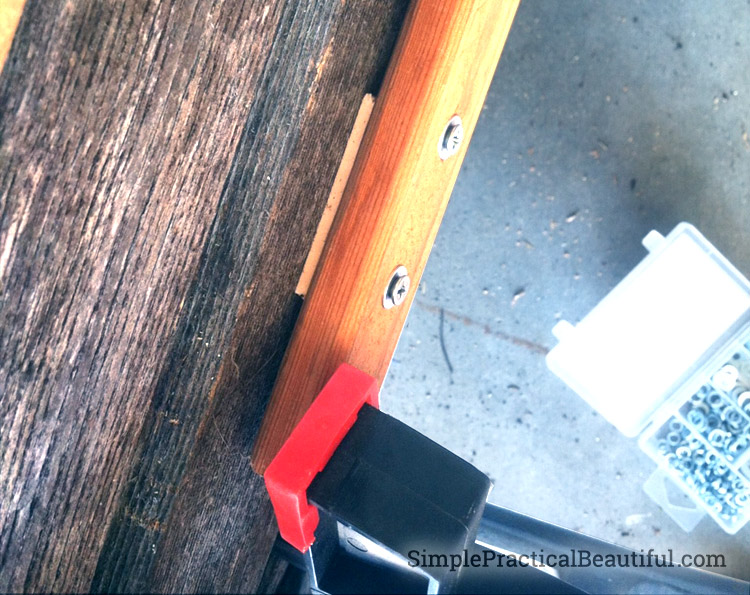 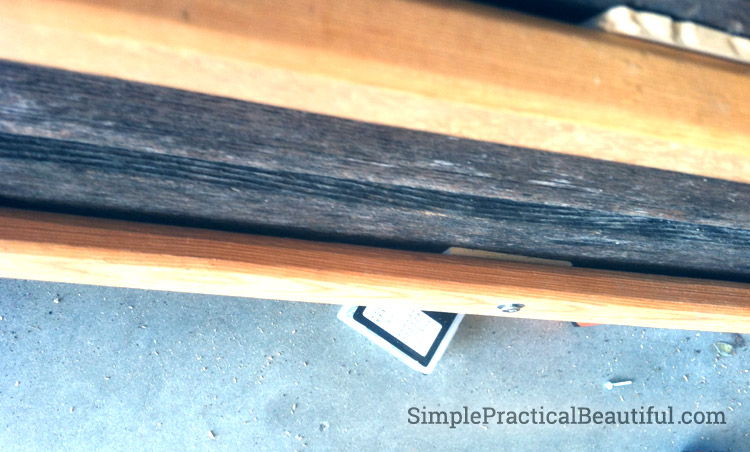 Here’s Marci’s beautiful bench on her back patio. It looks just the same as before, but now she and her family can actually use it as a seat. It’s perfect for sitting outside and enjoying San Diego’s great weather.

This post has been linked up at a few of the parties listed here.