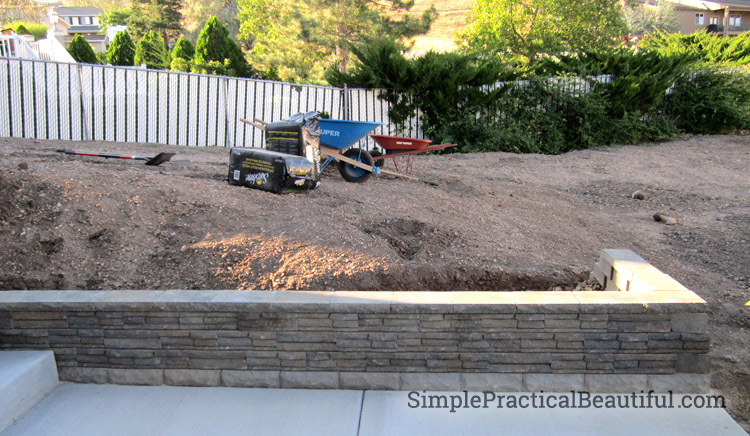 A small retaining wall can prevent erosion and can add to the design of your backyard landscape. 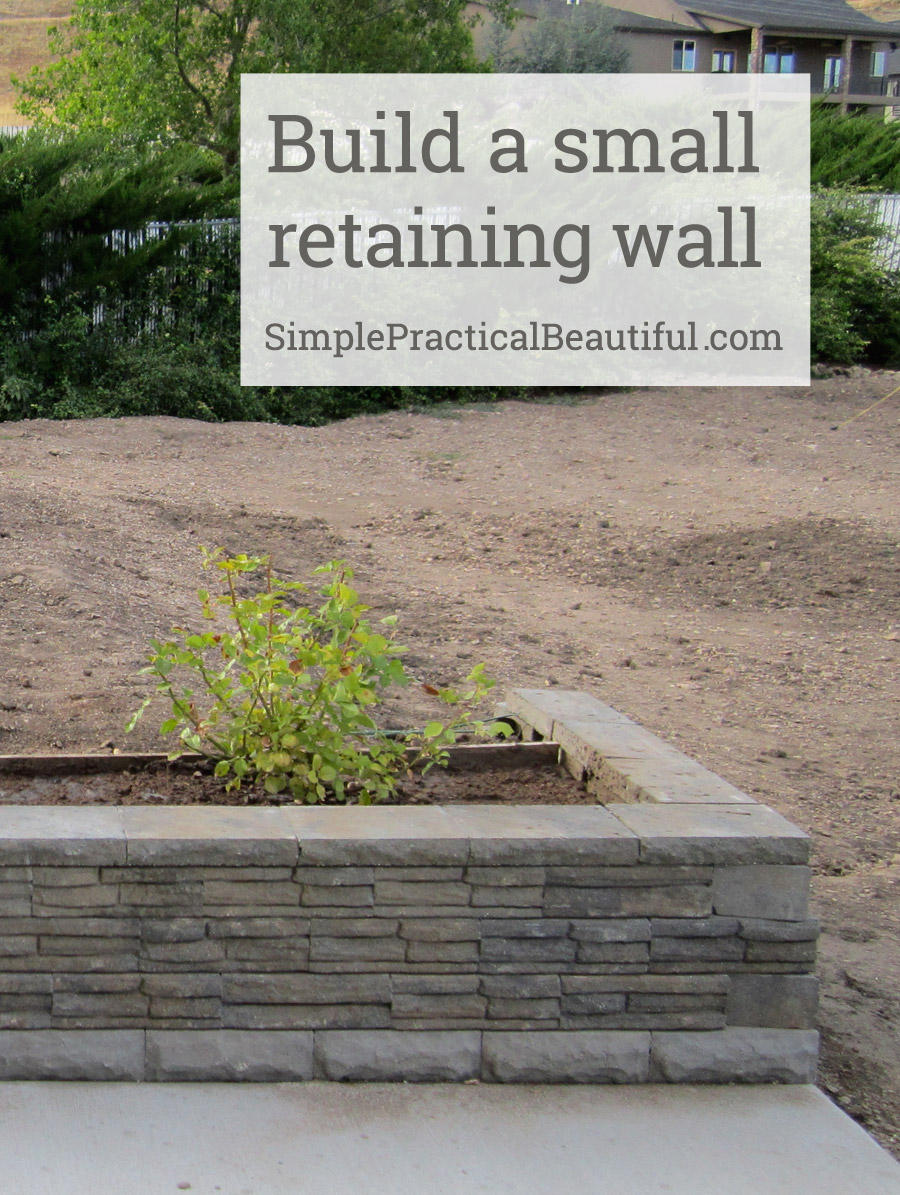 Are you starting to plan your yard improvement projects for this spring? We are! Every time I look out at our backyard, I think about how much better it’s going to look in just a few months. We have so much planned! 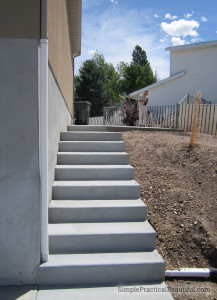 For inspiration, I wanted to share a landscaping project from a friend of mine. She and her husband put in a small retaining wall last year, and she sent me some pictures.

Here’s the view from the side of their house where a downspout comes down from the gutters on the roof. They had added the cement stairs earlier, allowing access to their backyard, but it gave them a hill of dirt and an ugly spout sticking out on the right side of the step.

To prevent the hill from eroding and to hide the ugly spout, they added a retaining wall. You can see in these two pictures that they starting putting in the wall to curve around the slope of the dirt.

The interlocking bricks found at Lowes and Home Depot do a great job of forming curves.

However, after putting in the first couple of rows, they realized that a curved wall was out of place in their yard. Everything else was straight and linear. This curve did’t follow a curve anywhere else (which would be good design). It just looked like an arbitrary curve randomly put in. So out it came (at no extra cost, but a lot more work).

They used the same bricks and put the wall right up against the cement patio. This follows the lines of the cement patio and stairs and the decorative lines on the bricks. The wall now looks like it fits. 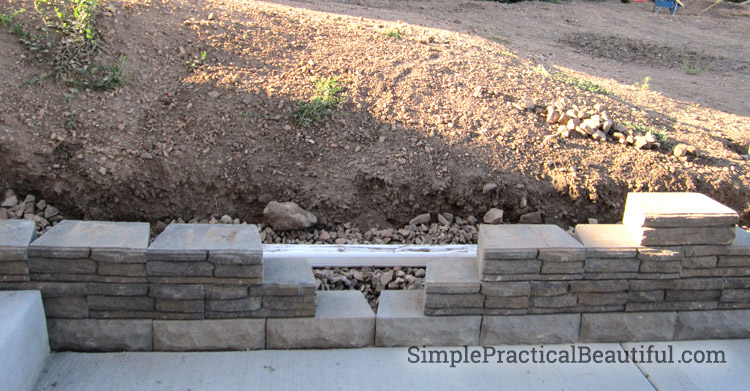 You can see in this picture that they laid the first row of bricks a few inches below ground on a bed of sand. Then they carefully leveled each and every brick in that row. A straight first row is the key to a straight and stable wall. 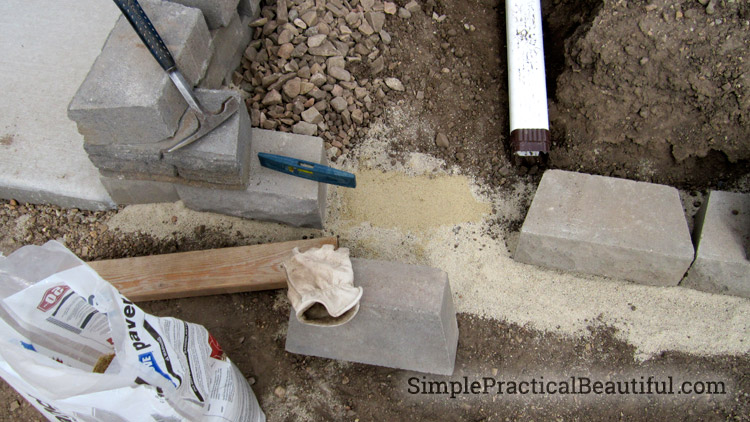 They added pipe to the downspout so that the water would flow out at the end of the retaining wall. 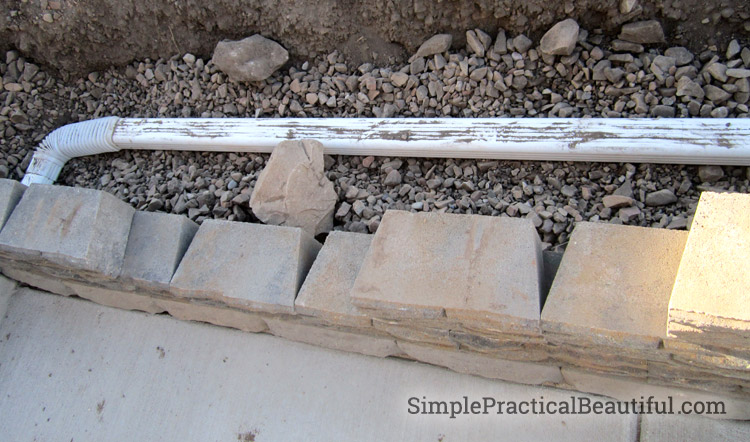 This would prevent the dirt in the planter from getting waterlogged and pushing out the wall. They added a layer of large gravel underneath the pipe to protect it.

Then they covered the pipe with landscaping plastic to further protect it. The loose gravel is holding down the plastic until dirt is added. 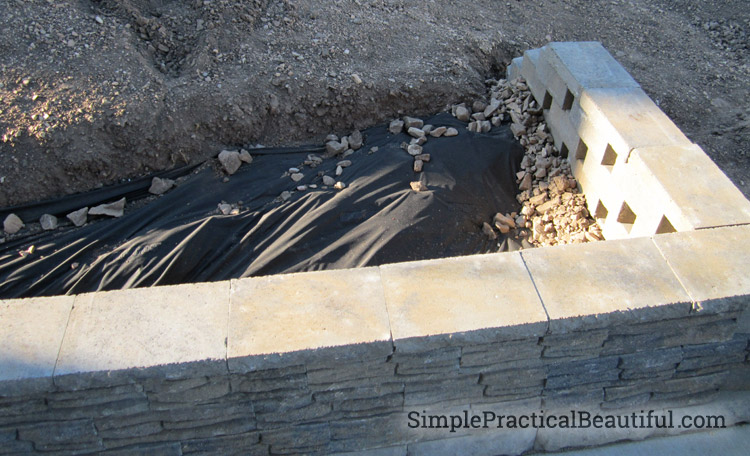 They attached the top layer of bricks on the wall, or capstones, with Landscape Block Adhesive. That’s something we still need to do with our retaining wall on a slope. The adhesive keeps the top bricks from being moved off, which keeps the whole wall in place. 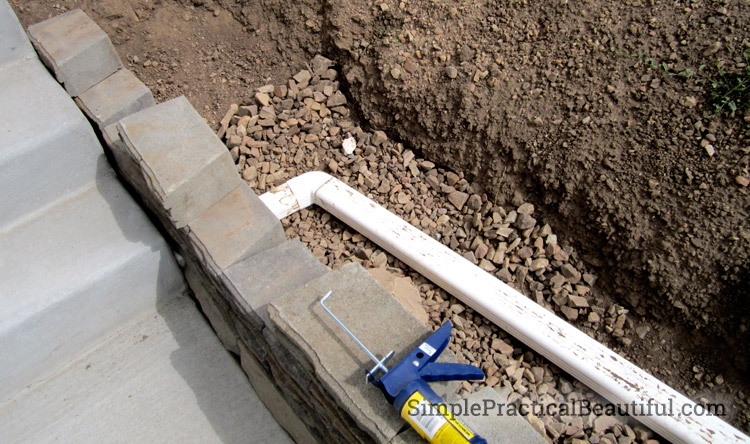 Here’s the finished wall with beautiful straight lines. All that’s left is to add some soil and plant—my favorite part. 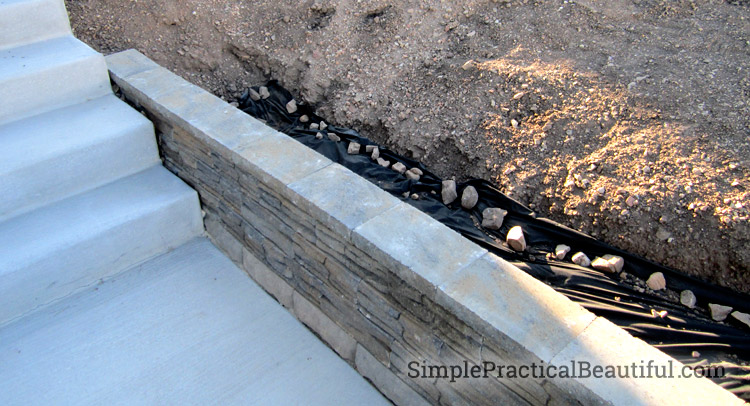 They planted three bushes in the planter so far. You can see how that dirt slope flows nicely into the planter, and the wall looks like it was built as part of the patio. They plan to work on planting and covering the slope this year. 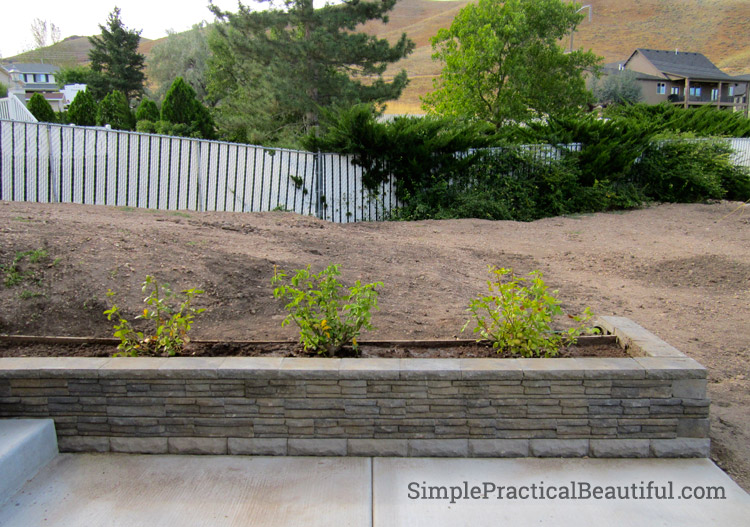 What landscaping and gardening improvements do you plan to do this year? Please share in the comments below. I’d love to see photos too. You can share those on my Facebook page.